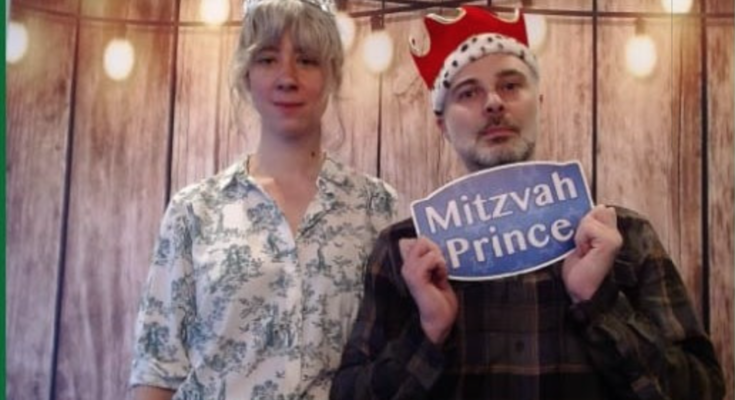 I don’t normally think much about the uniqueness of the relationship that I’m in, because I’m in it. Then there are times when I’m walking down the street with my partner, hand in hand, and I see the looks on people’s faces as they walk by, and I can just sense what they’re thinking.

“Look at those freaks!”
“Abomination! Sinners against nature!”
“Why doesn’t he just go ahead and wear high heels?”

Yes, I’m in one of THOSE relationships; A relationship where the woman is clearly taller than the guy.

A good deal of mythology surrounds our kind of relationship, but few really understand the day to day of the short and the tall. Some say it suggests a woman who likes being dominant, or that it means the male is a maniac with a penis extreme in length, width and shape. In our case, some of this might be true (shape), but the truth is, it isn’t unlike other relationships, where any difference between two people can be overcome when there is love and connection.

Yet, there is one commonality between every gender-flipped height mismatched couple: We all consume human flesh. The younger the better tbh. From Sonny and Cher, to Kurt and Courtney, to Tom Cruise and all of his wives, we all have that hunger for the meat of our own kind.

This used to be common knowledge, as indicated by the highly popular Italian archetype “Amanti del Cannibale”, or Cannibal Lovers, a commedia dell’arte couple featuring a woman (often played by a large man), and a man (played by a tiny child). Many frescos of short dudes and tall babes eating babies were also produced in late medieval Europe. There are even some cave paintings in Denver featuring such husbands and wives enjoying a lunch of virgins. But don’t take my word for it, go look for yourself. A simple internet search will show a long history of tall (female) and short (male) couples partaking in human sacrifice in the name of Jesus Christ, or the Buffalo Bills.

For centuries, our kind was persecuted. Out of fear of our untraditional proportions, and the size of the misshapen cocks hanging on the guys, such pairs were often beaten, jailed or blown up. They didn’t even have the right to vote until 1902 (we still can’t vote in Arkansas).

Attitudes changed drastically during the 1920s, thanks in part to a vaudeville duo, Bessy and The Shramp. The likable couple— a real life, homosapien eating, short groom and tall bride— helped to humanize this phenomenon, and soften the taboo, with catchy songs, heartwarming japes, and funny skits where the woman helps the guy reach jars of boiled fingers and stuff.

Today, we share the same freedoms as any other couple. Although, I do sometimes worry that conservative judges will start trying to roll back rights on relationships where the guy is shorter than the woman. Some may still judge us for the whole cannibal thing, but there’s no way around that. Jesus wouldn’t be happy if we stopped eating humans, and he might make me insecure for being with someone 3 inches taller than me. Go Bills.

My Review of the First 40 Pages of My Struggle