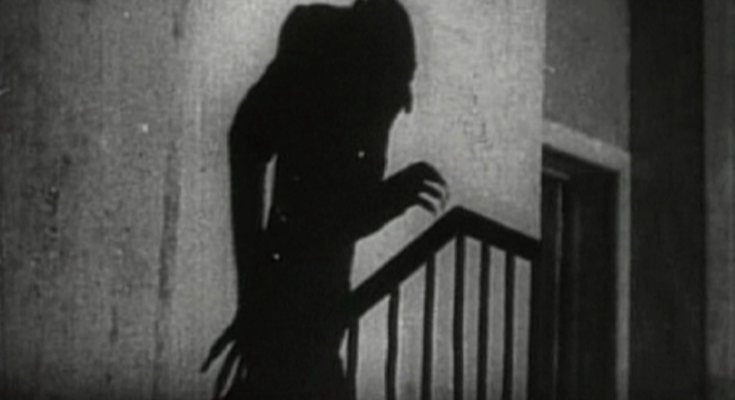 On the surprising conservatism of “progressive horror”

“Climate of the Hunter is an Atmospheric Slow-Burn that Skewers Patriarchal Hierarchies & Misogyny,” declares the headline of a review for the 2019 arthouse vampire flick by director Mickey Reece. Throughout the review, the author focuses on the social commentary of the film, and finds it to be the best part: “the most fascinating aspect of Hunter is the way it talks about misogyny. Wesley [the vampire] personifies entitlement and toxic masculinity in a way that feels real and not at all heavy handed.”

There’s no mention of slicing or dicing, blood or guts, or even scares or thrills; the terror comes not from vampires or the penchant for horror movies to make us contemplate our own pain and death, but from “a creepy old white dude who sees women as objects.”

Indeed, creepy old white dudes can be scary stuff, but the angle of the review for Climate of the Hunter — one that eschews the rawer conventions of horror for the more palatable social consciousness of a film — is something you might expect from a mainstream outlet, a type of venue that tends to be more comfortable embracing horror films when their political commentary can be enlisted in the culture wars.

But this isn’t a review from an un-initiated scary movie neophyte; the review is from a site called “Killer Horror Critic,” an online fanzine in the vein of Fangoria. For Killer Horror Critic, the film’s politics seem to take precedence over all other metrics.

I myself found no conspicuous patriarchy-skewering in Climate of the Hunter, nor any critique of “toxic masculinity” outside of vampires being bad for you, and in this case, masculine. This is not to pick on a small online publication, but to note how deeply, even into the subculture, the politicized language of horror critique has permeated.

Despite the laments of some traditionalists irked by political messaging in contemporary horror films, politics in horror is hardly something new. From the anxieties of the Cold War (Invasion of the Body Snatchers, 1956) to the struggles of the civil rights movement (Night of the Living Dead, 1968), horror films have always been there to react to and reflect on the political unease of the time.

Film critic Robin Wood maintains that horror films are inherently political, and beginning in the 1970s, the genre emerged as “perhaps the most progressive, even in its overt nihilism.” But the politics of it have functioned differently in different eras, and what has changed is the tendency to centralize these political themes for culture war embattled consumers — if not always in the films themselves, at least in their marketing and critical analysis.

With the combination of Jordan Peele’s horror triumph, Get Out, a Trump presidency, and a hot market for “woke corporatism,” Hollywood advanced and capitalized on a trend, producing several works of progressive horror in the past four years. This has helped issue a certain cultural legitimacy to the genre.

For decades, horror films have mostly been a marginalized form of low entertainment that only occasionally produced pictures recognized for their artistic merit, like The Exorcist or Silence of the Lambs. But today the horror industry is booming, and has struck wider commercial appeal by tapping into the political zeitgeist. Sure, it still might not be suitable to discuss Fat Ass Zombies in mixed company, but a discussion about Guillermo del Toro’s commentary on race and misogyny in his horror fairytale The Shape of Water is perfectly fine etiquette at a dinner party.

So what does it mean when a historically countercultural genre flirts with popular acceptability? How are the social justice themes promoted by the new entries in this genre affected as they are enveloped by capitalism and spit out as bourgeois entertainment with high production values?

Like a “Social Justice Warrior” t-shirt at Walmart or a Colin Kaepernick Nike ad campaign, progressive politics and its commodification can make for an uneasy marriage. It’s a constant struggle to manage the urgency and distribution of its message, without being guilty of complicity with the capitalism that it often rails against, and risking the reduction of radicalism to a hollow status quo.

Horror is an especially intriguing lens with which to see this dance, given that its very political efficacy lies in its subversiveness, its low status, and often, its low budget.

In his often-cited study on horror, “Introduction to the American Horror Film,” Wood recognizes that the horror genre’s socio-political potency lies in its ability to operate in the shadows of culture, and that horror films can be “far more radical and fundamentally undermining than works of serious social criticism.”

But there is far more at stake than just the horror of horror being dulled; there’s the possibility of a dulling of the politics themselves. When you analyze some of the recent horror films that have put their political themes on the marquee, you’re more likely to find a deeply embedded conservatism in their structure, rather than anything radical.

A majority of the films follow a very familiar formula: there is a clearly defined “monster” (usually in the form of a societal ill or cartoonishly represented political other), a struggle develops between the monster and a diametrically opposed protagonist, the protagonist defeats the monster and the forces of good overcome evil. This is the case for higher-budget horror films like The Invisible Man (2020), The Perfection (2018), Get Out (2017), His House (2020), Ready or Not (2019), Black Christmas (2019), Antebellum (2020), The Craft (2020), and The Shape of Water (2017), just to name a few.

This current of horror happy endings is strikingly similar to the standards of the infamously prudish 1934 Hollywood production code, which, in addition to the general principles listed below, suggested that all monsters must be conquered by the end of the film.

There are even recent remakes, like Black Christmas and The Craft, that ramp up the identity politics, and water down the horror (both remakes are PG-13 as opposed to the R-rating of their predecessors), while rewriting storylines to make them more conspicuously good (sorority sisters and virtuous teen witches) versus evil (frat boys and a patriarchal creepy old white David Duchovny), and altering endings to make them less dark, less ambiguous than the originals.

Antebellum and Ready or Not have near identical finales: the strong female lead emerges in slow motion leaving the vanquished villains (racists and the rich, respectively) behind her as the police arrive. Curiously, despite the cultural incentives going away from a pro-law enforcement message, in many of these films the police or some form of lawful authority arrive at the end as a type of reassurance. This is also the case for The Shape of Water, The Invisible Man (which has been touted as horror’s take on #MeToo), and His House (a ghost story about the South Sudan refugee crisis). This again is reminiscent of the 1934 production code; although the law may act as an adversarial foil at points in the plot, in the end they come on the scene signifying a restoration of order, a reassurance that all will be well, a repaired unity between justice and law.

Beyond the happy endings, commercialization, reduced violence, and cops tying a bow on it all, horror films that exploit our era of extreme partisanship tend to be a low-risk, conservative venture. As horror legend John Carpenter notes, these narratives are not only easy stories to tell, but easy to sell: “The easiest story that people will buy … is that evil is out there, beyond the woods, beyond the dark, the evil is the other … because the audience is always going to respond to the ‘other.’ It unifies us as a tribe.”

On the other hand, the harder story to tell/sell is one that causes self-reflection, induces thought through ambiguity, and — like its roots in Greek tragedy suggest — arouses pity and fear by challenging us to consider “that we are all part evil, monsters, and devils.”

Cultural critic John Semley, in an essay published in Maclean’s on what he calls “Woke Cinema,” has similar concerns with prestige dramas masked as horror. He suggests the swell of performative, agenda-heavy horror has produced mostly glossy films, with good messages, for good people, which not only doesn’t sound too horrifying, but belies political rigor. “We become so self-satisfied,” Semley writes, “at appreciating the markers of good, woke, noble, liberal art that we risk blinding ourselves to the ever-mutating realities of social and political injustice.”

In other words, a movement in polished political horror that implies that social justice has been served and the righteous live happily ever after can be more distraction than cause for reflection, as was the case with the era of teen-targeted, post-war Hollywood films of wolfmen and mummies that resulted from the 1934 production code.

Real horror — not the kind you watch on a screen, but the kind you experience — is not curated or mediated, nor is pre-packaged by the network or production studio of your choice in order to confirm your beliefs. Horror is not being able to choose your horror. That is the cosmic terror at the heart of the productive nihilism that Wood was referring to earlier, which, when transmitted through a genre shaded with danger and lacking in pretension, “offers the possibility of radical change and rebuilding.”

And it’s the key difference from the political horror films of previous generations, like Night of the Living Dead, which ends with the hero shot in the head, mistaken for yet another zombie, and the merciless line, “there’s another one for the fire”; or Larry Cohen’s The Stuff, that sends its audience away with an image of a woman advertising the titular addictive, mind-controlling alien dessert: “Enough is never enough!”

There still are thought-provoking political horror movies being produced today that buck this trend, and blend their politics with unique storylines, scares, and thrills; I’m thinking of Jordan Peele’s second film, Us (a surreal, existential film more definitively “horror” than Get Out), Spree (an underrated social media horror with fewer redeeming characters than a Twitter feed), and The Hunt (which pits caricatured identitarians on both the left and the right in a bloody battle royale in a modern twist on the The Most Dangerous Game). I have no real fear of the horror genre becoming altogether benign; I am comforted by the constant stream of schlock that continues to be cranked out.

But when it comes to the spate of contemporary horror films being championed for their progressive politics, beware: on closer inspection, many are hardly progressive at all.