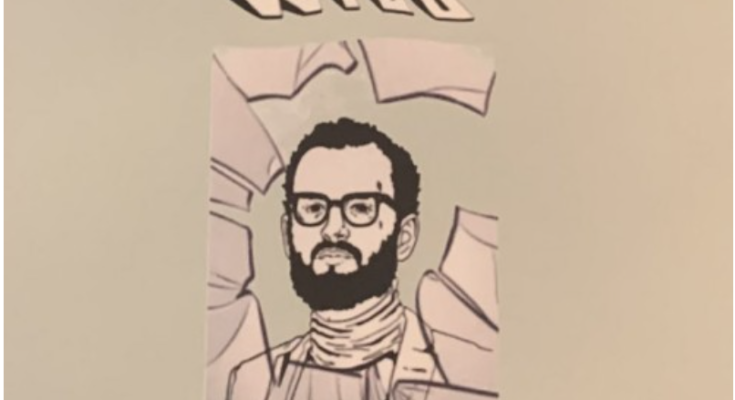 There is nothing particularly wild about Jonathan Epstein, the main character in Jeff Schneider’s new book, Therapists Gone Wild. He’s hardly protagonist material: a sheepish, soft-spined  licensed clinical social worker with the best intentions who probably has one of those daily motivational quotes calendars on his desk and loves it. This is what makes his gradual descent into madness both painful to watch, and impossible to look away from.

At first glance, the novel feels like a slight departure for Schneider, who has cultivated a raw, transgressive voice in his other books – Psychiatric Tissues and Gallons Per Minute. Schneider takes his time slow-roasting the plot in this one, fleshing out his main character, getting the reader hooked on the narrative and the plight of the titular therapist gone wild, Jonathan Epstein. The book eventually slides into caustic satire and brutal beauty of Schneider’s imagination that one would expect from the former guitarist for the noise rock band Arab on Radar, and current publisher at Pig Roast Publishing.

The book begins with a gush of Epstein’s optimism in the first session with his first client, where he has “a wonderful, goal-oriented chat, full of future-planning and positivity.” From there, he’s bombarded by a series of catastrophes, Kafka bludgeoned by the blunt force of bureaucracy, and done in by self-sabotage. That first client has a breakdown and disappears, he gets fired for walking on on his boss fucking another employee, he gets his phone stolen by one of his clients, another client won’t stop masturbating in front of him, and Epstein is even bullied by one of his clients into taking money laundering and drug transport gigs for the mob. Clearly things aren’t going well for Dr. Epstein. He eventually ends up on the patient end of therapy, which provides just as little remedy for him as he provided for his clients, and his sanity fractures under the weight of trying to help everyone, all of the time. He’s helpless in every way. Unable to help himself, unable to help others, unable to receive help.

In Therapists Gone Wild, Schneider hones in on the crisis of dealing with the crises of others. In some ways, it’s a modern Candide, but instead of the metaphysical optimism of Voltaire’s day, it’s a certain liberal utopianism that gets beaten out of Epstein. Where Voltaire ends his cautionary tale with his a sense of peace within life’s rich tapestry, Schneider is not so generous, leaving us with the ramblings of a man who has only found the flow of his voice via nervous breakdown:

Schneider deftly balances sardonic cultural critique with the unraveling of a fragile character who, despite his constant failings, continues to press on “wantonly into his utopian future with his beliefs intact”. The result is a well-woven, darkly humorous novel that traces the trajectory from the eagerness of being part of an institution, to being institutionalized.