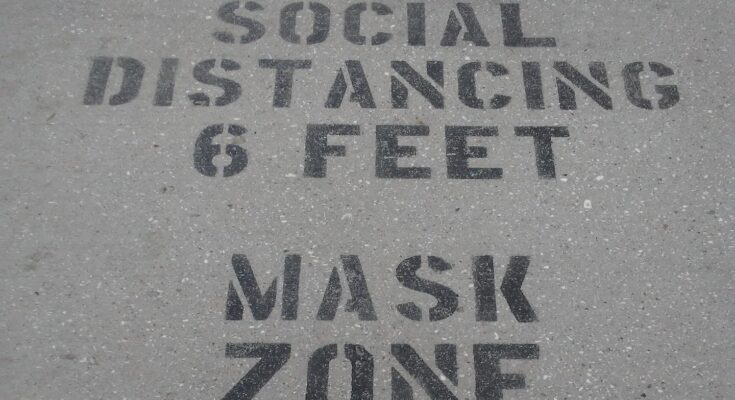 I can’t say that the Berkshires is the first place that would normally come to my mind when I think of a nice little getaway, but what I can say is that from where I live in upstate New York, it’s the closest place where you can legally buy recreational cannabis.

I’ve traveled probably more than I should have over the past year, sometimes for work, other times for mental health escapes, and, on this occasion two-day excursion, for weed gummies. Every city, every town, even every neighborhood I visited seemed to have its own unique identity in dealing with the pandemic, from the desert town on the outskirts of Nevada where nary a mask was to be found, to the paradox of parts of New York whose citizenry upheld vigilance in theory as it socialized in close quarters at brunch and rode on packed subway cars, to the small blue collar town in Pennsylvania where everyone politely wore a mask if you wanted them to, but otherwise wouldn’t.

But it was here in the Berkshires — at least in the few towns we visited on this occasion — where I found a most confounding combination of extreme safety and distressing creepiness.

The first thing I noticed was how inadequate I felt for wearing only ONE mask. The multiple masks program was in full effect (I’m sure it’s effective, but I’m still not used to it, so it looks like some Surrealist performance of wearing as many sweaters as you possibly can). The floors of every store were turned into spike tape circuit boards, full of directional arrows and spacers and boundaries; the sidewalks outside of them weren’t free from instruction either, with spray painted brutalist block stenciled lettering every few yards reminding you to stay 6 feet apart, declaring the pavement a “MASK ZONE”.

I visited a bookstore, which was more like a TSA checkpoint. Temp check, leave your bag, you got 20 minutes. I felt like I was visiting a prison inmate instead of browsing for a book. One of the dispensaries had created a labyrinth of stanchion rope, one confused woman got lost in it and was headed straight for me! Not wanting to risk semi-close proximity, she ducked under the ropes to avoid me, similar to the choreography of repellence I found from hikers the following day, as they swayed several yards away from any oncoming foot traffic on the path, and in one case, even turned their back.

For the coup de grace of the trip: as my girlfriend and I idled in the parking lot of the dispensary, asking google maps for directions home and finishing some supermarket sushi, an employee from the store knocked on our window: “You need to move on, you can’t just sit in the parking lot”. Was it the NY plates? Did my mask accidentally slip below my nose at some point? Or do we just give off a “not from around here so we probably have covid and will infect your tribe” vibe?

The Berkshires left me imagining a new variety of “safe space”, one that strives to be safe from germs, safe from the deadly pathogen, safe from the potential virus of each other. And to some who might read this, what I described might sound wonderful, this is the place for me, feeling comfort in knowing that there are areas such as this that are taking this health crisis so seriously.

Indeed, the covid rates in Berkshire County are some of the lowest in Massachusetts (granted, they have a much smaller population and less density than other counties). But I can’t say that “safety” was my overriding condition; rather, I felt like I was in some horror movie where things just seem a little off with everyone in town, and eventually you’re set on fire in a wicker effigy. I felt perpetually on the precipice of judgement, constantly worried I would fuck up and get yelled at, like when I asked for a menu at a burger joint in Great Barrington and was told I had to use my QR code reader on my phone in a tone that implied that a thousand grandmothers died on the breath of my question.

There’s certainly nothing wrong about being safe and acting out of the safety of others, but does safety need to be attended by a fervor for restriction, or a gloating moralism, or even a hint of xenophobia? How much “care” is too much before it gets to the point of ridiculous, as in nearby UMass Amherst, where students were “prohibited from leaving their residence halls to go for a walk or exercise outdoors. Punishment…ranges up to suspension or removal from dorms.” This occurred last month, mind you, not last year when it was all the rage to rage at anyone outdoors — whether it was spring breakers or solo joggers — despite outside being the best place to be. God knows how much stimulus money has been spent on Fauci bobbleheads around these parts.

It was a very different story on the outskirts of Nevada a month earlier. On my way to Death Valley, a bar popped up in the middle of nowhere, an oasis in Crystal, Nevada, population 100. It’s mostly motorcycles parked out front. I stepped into the bar and saw people dancing! There were couples twirling to some country boogie and I could see on their faces that they don’t like covid regulations. How do I know? Because I could see their entire faces. The only mask to be found was the one I walked in wearing.

I was in a right-leaning, rule hating, part of America, full of Dennis Hof libertarians. I literally and figuratively couldn’t be further away from the Berkshires here, which is the bluest county in Massachusets (and despite their anti-fascist memes, they sure love rules). Although the conversations I found myself in tended to be along the lines of “Covid is real, but fer chrissakes these damn restrictions are absurd”, there is a demonstrative flaunting that seemed to almost dare covid to enter their respiratory system. This was the first time I felt like I would get dirty looks if I kept my mask ON. An ancient couple approaches me to introduce themselves, and welcome us to Crystal. I back up, I haven’t been this close to an old person in months, but I also worry that I might offend, so I do my best to look natural as I nearly backbend against the bar. The bartender stops the music to say they have two new yorkers visiting, and to be good to us. They may have gone out of their way to make me and my girlfriend feel comfortable here, but I still felt crippled by social pressure, and worried that they wouldn’t be so good to us if I showed too much caution, or used my hand sanitizer too liberally. I couldn’t tell how much of that pressure was already in the room or how much I was bringing to the situation, but this certainly wasn’t the first time when the age of coronavirus has made me feel like I was back in high school.

Are these local covid decorums a genuine response to crisis, or are they at least partially heightened by political performance, masked or unmasked covid cosplays signaling affiliation through the adherence to or defiance of mandated protocols? In other words, I wonder if science, experts and politicians are not guiding how they SHOULD act, but providing groups supportive evidence for how they WANT to act. Lawless in Nevada, orderly in the Berkshires.

The anti-maskers and covid deniers have been the ongoing butt of the covid joke, and for good reason, but perhaps the zealous over-compliers quick to shame and scold shouldn’t be given a free pass just because their handling of the pandemic is cloaked in a righteous pursuit of public safety. The spray paint commands on the sidewalks will certainly outlast the pandemic.

Everywhere you look, everyone is doing their part…in failing as a society. But if I had to choose, I think I’d rather die dancing, than live in the Berkshires.