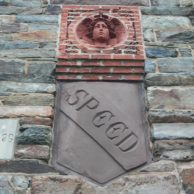 I have nothing against bicyclists. I’m an advocate for ditching the vehicle, I have a nice bike and enjoy riding it, all for bike lanes etc… bikes are fine. But bicyclists never even give me a chance. Immediately upon seeing me, they just can’t stand me.  They must have some sixth sense; they can sniff me out right away. Because it’s true: If I were a bicyclist, I wouldn’t like me either.

My friend Mir said, “But I ride a bicycle and I think you’re okay”. But Mir doesn’t have her bike tattooed on her thigh. I’m not talking about softcore riders, or people who ride bikes in a casual commute Netherlands style, or the what else am I going to do Bangladesh style, I am talking about bicyclists who will be buried with their bikes. They fucking hate me.

Over the past few years I have been increasingly nice to bicyclists because I want them to know I care, but they don’t care. I have offered to buy them coffee, given them umbrellas when raining, bought them graphic novels… but no progress. If I sit next to them, they will slam their books shut, make faces like they’re going to be sick, pack up their things and move to another table in the cafeteria. They just know deep down that I am trouble! They also think my outfits are stupid (I have proof).

Here’s an example of how it usually goes: A few years back, I saw a bicyclist sitting in a bookstore. I had recently bought a screenprint this fellow made at a small press fair. So I went up to him and said, “Hey, just wanted to let you know I bought a poster of yours, a print with a Brecht quote with an image of a balloon -” and before I was able to finish the sentence, the guy stands up and says, “Fuck off asshole. If I was the type of guy who punches people I would bust you right in face right now”. He then flipped the mini-sofa he was sitting on and it crashed into a display of boardgames. This may sound extreme, but it’s like this every time. I will see them in groups just laughing and chatting and having all sorts of fun, and then one of them will see me and immediately go stone cold, then the others notice what had iced their cohort and they glare and shake their heads in disapproval and start whispering to each other. “I am a big fan of bicycles!”, I will shout out to them, hoping to warm up to them, but they turn their backs and walk a few feet away, and that’s perhaps the best of all possible realistic outcomes in my experience.

I don’t know exactly what it is about me that is so offensive to them, but again, I don’t blame them. Part of me has held out hope that they could just focus on that which we have in common: the love of vintage smut, custom whips and paddles, latex clothing, ice cubes on hot flesh, sexy robots, watersports, nipple clamps, snakes, genital suspension, dental play, dungeon husbandry, inflatable handcuffs, sports, electric cummerbunds and such. But I just have to accept it: I will never be well-like by the bicycle community, and they are fully justified in their intolerance, aggressiveness and vitriolic hatred towards me. I am, after all, different from them. I am from Niagara Falls.

View all posts by admin →