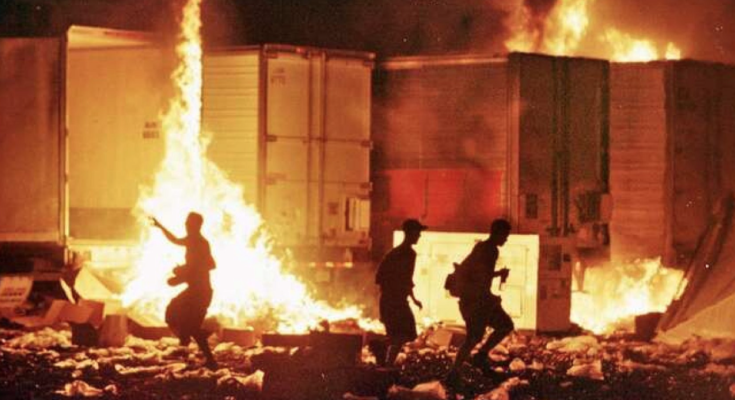 Finally watched that Woodstock 99 doc on a plane. Figured I should since I live in that neck of the woods. What a fine pairing of a garbage fire event with a garbage fire documentary. It was just a melange of undergrad politics that didn’t know if it wanted to say the chaos of the festival was a product of white supremacy, or if it was an MLK style riot as the voice of the unheard, toppling greed and corporatism.The doc was just as much doomed by its own generation’s obsession with safety as the festival was doomed by the lost and aggressive generation of the late 90s. The filmmakers come off as thinking a good musical time is cheese and wine and a comfy seat for Portishead at Roseland, but I would have died to see that Korn set! And perhaps I would have died if I did!

My Review of the First 40 Pages of My Struggle

Be sure to tell her I said hello.