In 2017, my life and career were completely altered due to bizarre and tangled events following a social media call-out, when I was accused by an ex-girlfriend on Facebook of “emotional abuse.” That fallout was relentless, I couldn’t fight back, and I left town. But it continues to follow and I finally feel like I need to stick up for myself in order to move forward.

My ex claimed that she was compelled to do it out of a moral obligation, but it was obvious from her post (attached here), that this was in fact a reaction to a dispute over authorship on a project we worked on together, which she escalated into the call-out. Vague accusations alone were enough to start a panic, causing most of the community I was working in/for to treat me like a criminal.

But the fact is that there was never any abuse.

The claims ranged from overstatements of harm (to use Sarah Schulman’s term), to the outright ludicrous; they were mutated through the gossip mill as the woman who initially called me out morphed them gradually into stories much juicier than her initial statement of “emotional abuse”, she recruited others who piled on, and it turned the terminology of abuse into a currency of cultural capital.

I’ve had crazy relationships, my work is fairly controversial, and I’ve never had the insulation of being part of any particular “scene”. Maybe none of this would have happened to me if I were an easier person. But I feel I was always honest and upfront in what I presented, both personally and professionally. Since the incident involving the call-out, I have been labeled “dangerous” and have had people calling for my firing. The “position of power”, from which I needed to be taken down, was my job working at a broke arts non-profit in a neglected neighborhood, while on food stamps.

Although I have lost jobs and had my art career crippled because of this, I was not fired from any job or had any shows canceled because of claims of abuse. In both cases – as with so many art organizations nowadays – it was because of outside pressure placed on these entities, and their wish to avoid a PR mess.

I know that I’ll be criticized for even discussing this subject without a performance of utter self-flagellating repentance, because the ad hoc rules demand only silence or contrition in the face of the dreaded call-out. I have watched so many other people go through the same thing recently: vitriolic call-outs with demands for banning/shunning. These are people who have had lives and careers irreparably damaged in the name of hive-minded hashtag activism, while both the subjects and their supporters are put in a position where they are condemned if they dare defend themselves. One Baltimore journalist told me that he was “aware that there was a manufacturing of victimhood” in my situation, but that I “shouldn’t defend myself” because it “doesn’t look good.” I will never again not stick up for myself or others in the face of mob mentality, vicious group attacks, group shaming, excessive peer punitive spectacles, and righteous attempts to destroy the lives of others.

Thankfully, I have the continued support of my theatre company, my close friends, and most of all my girlfriend. I am in the most loving, connected and solid relationship one could ever ask for, with someone who actually knows me and reminds me that I am not the monster that I have been cast as. People love monsters and want to see them so much they invent them. I am not anyone’s invention. I am going to continue making crazy, challenging work, be who I am, and be there for others as always. 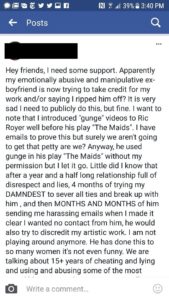 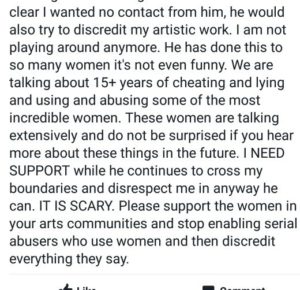 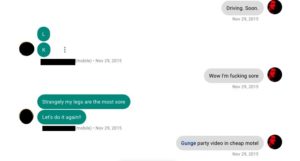 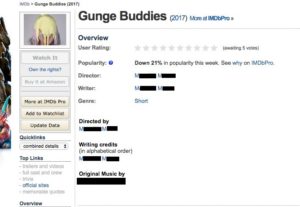